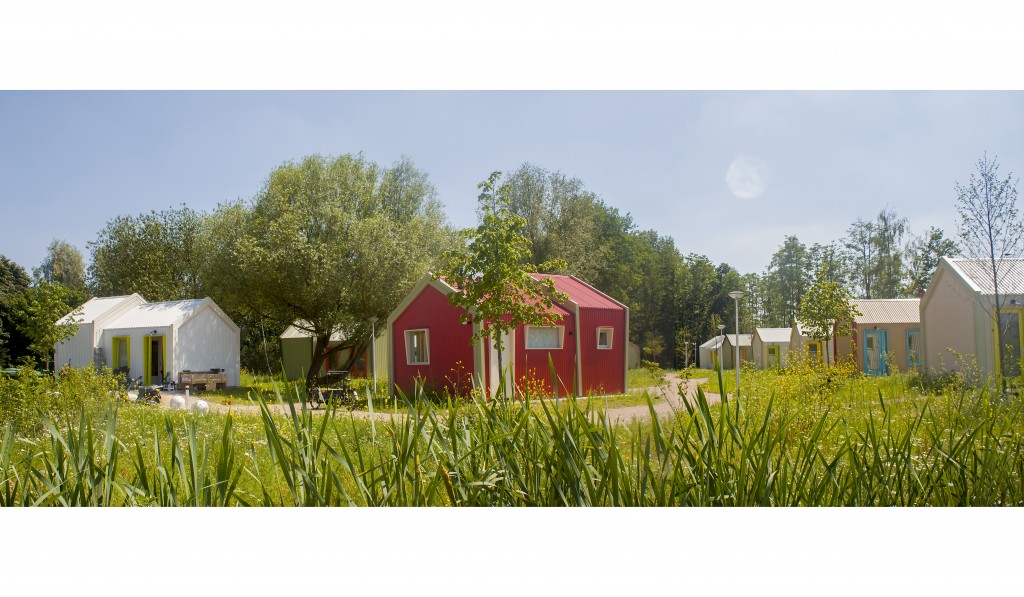 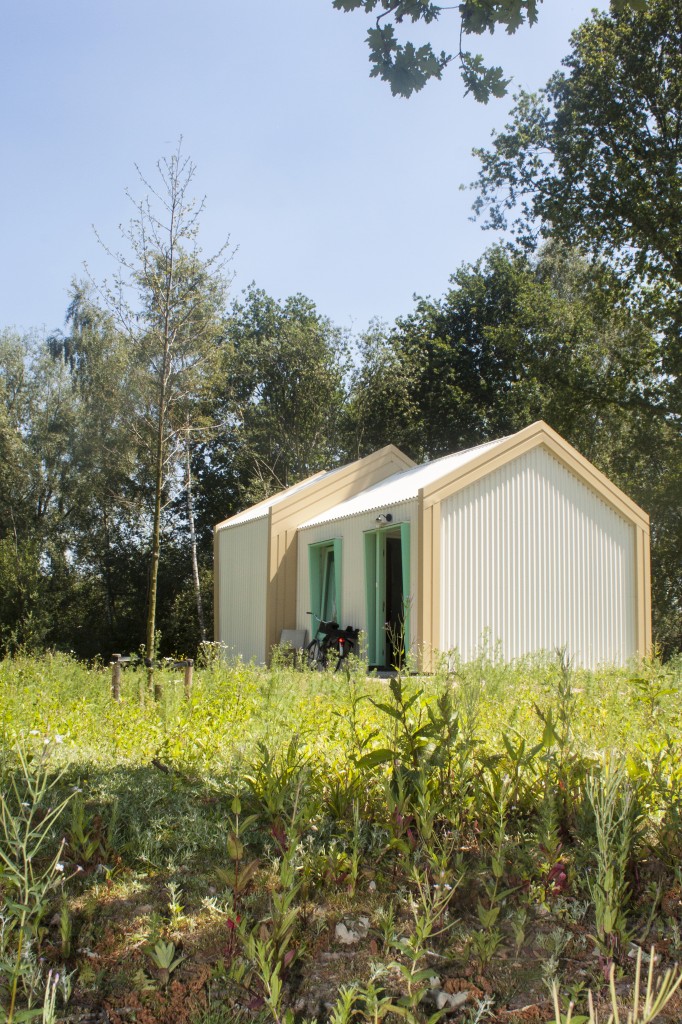 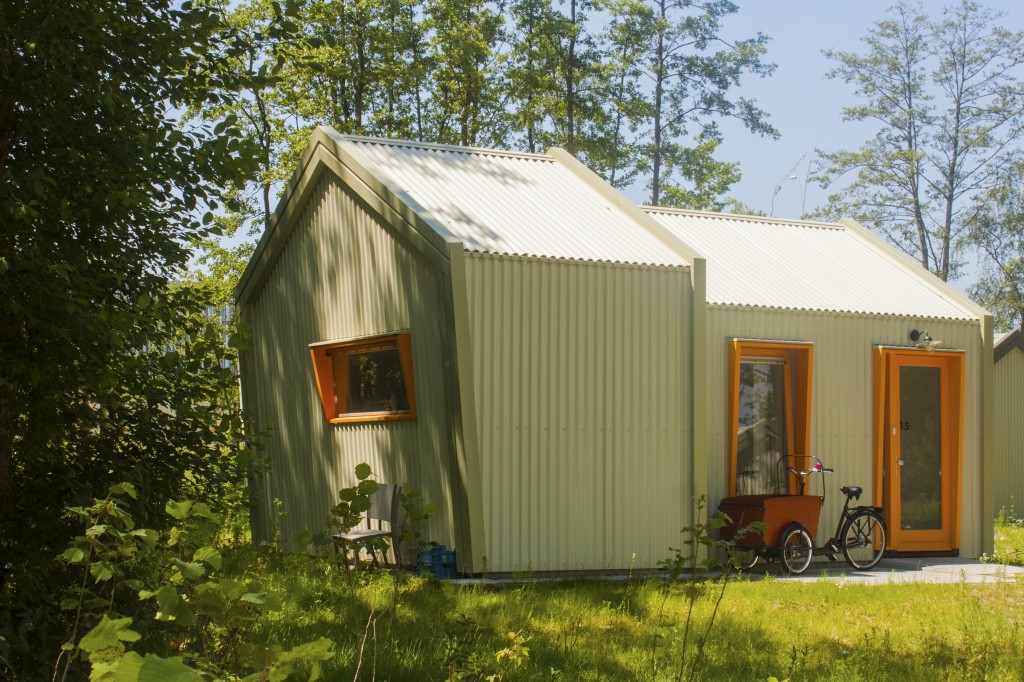 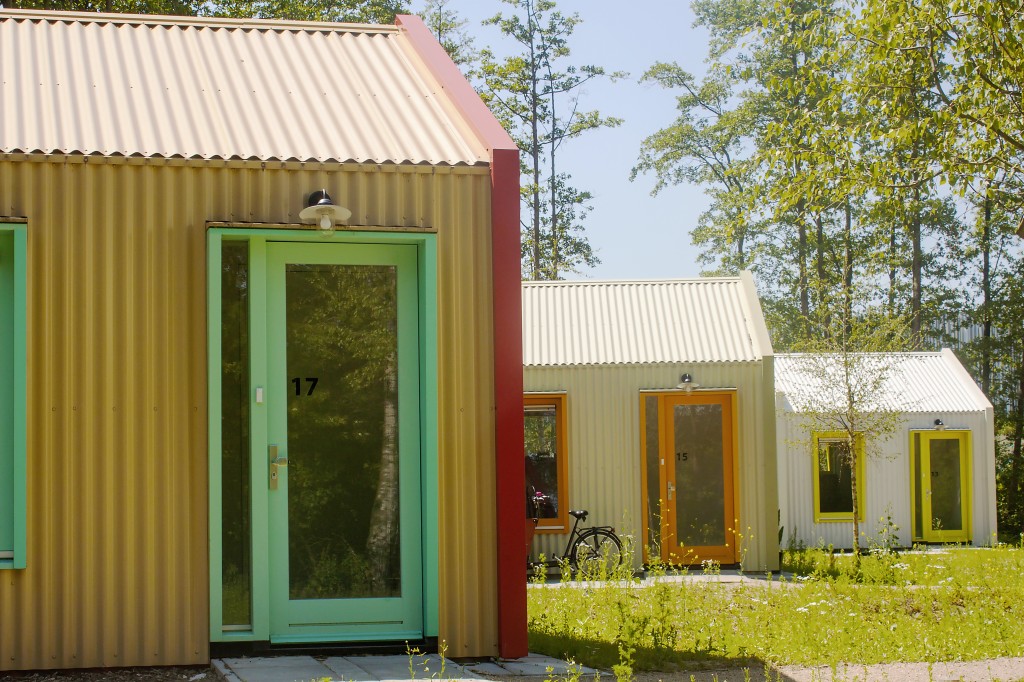 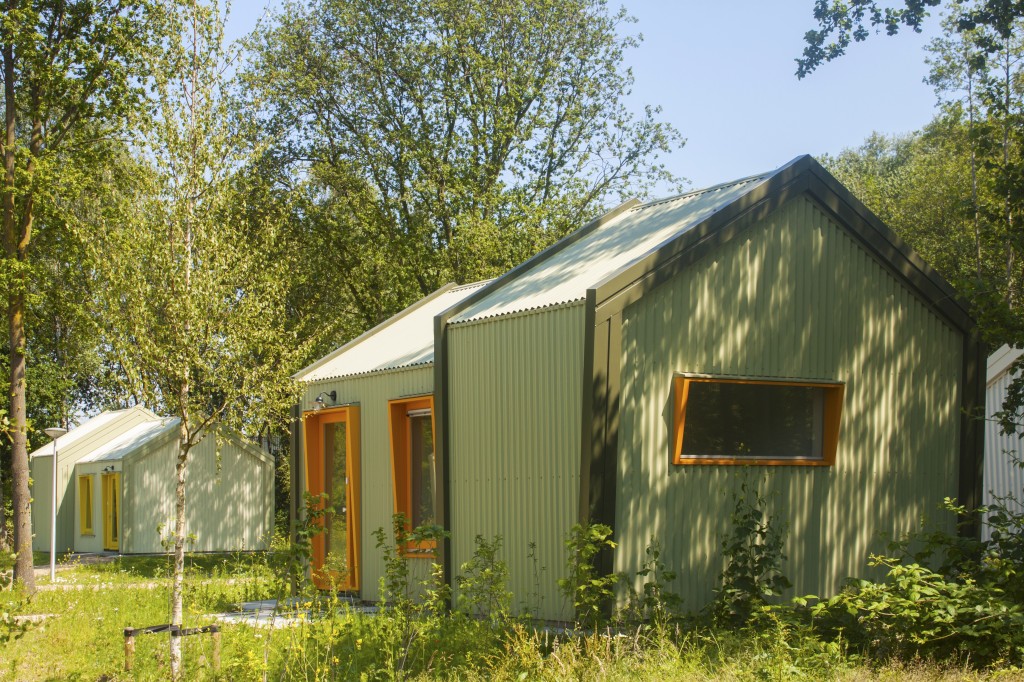 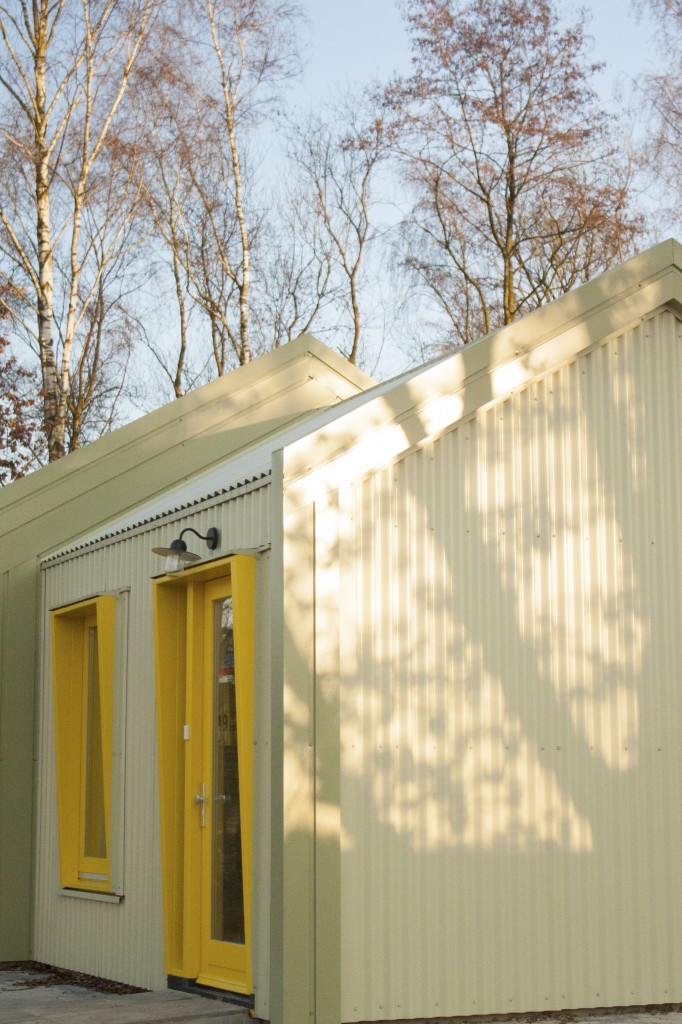 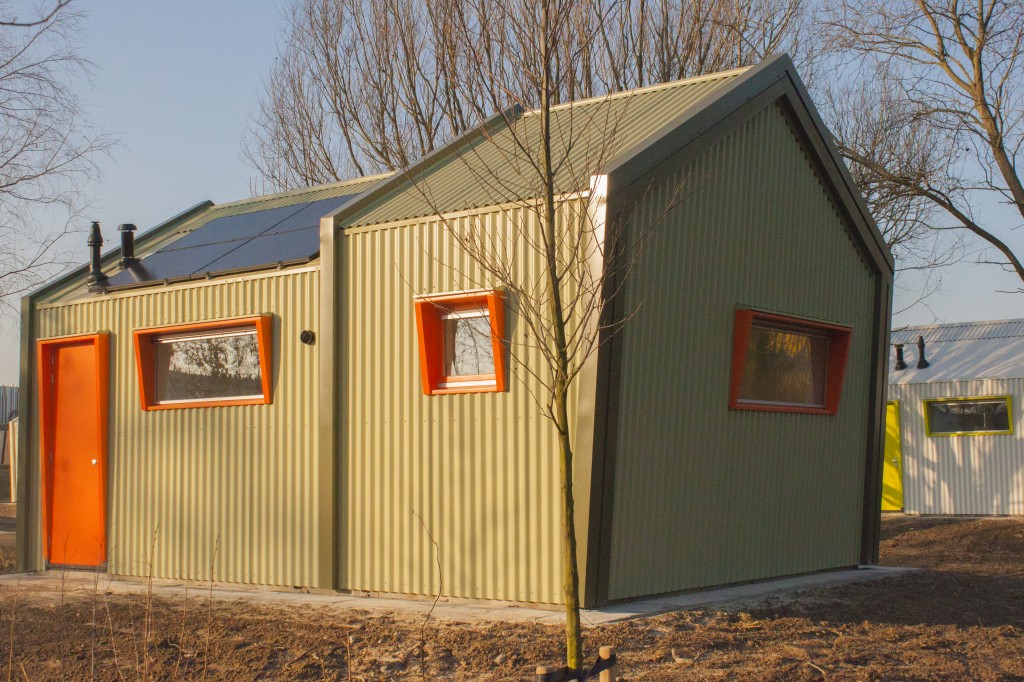 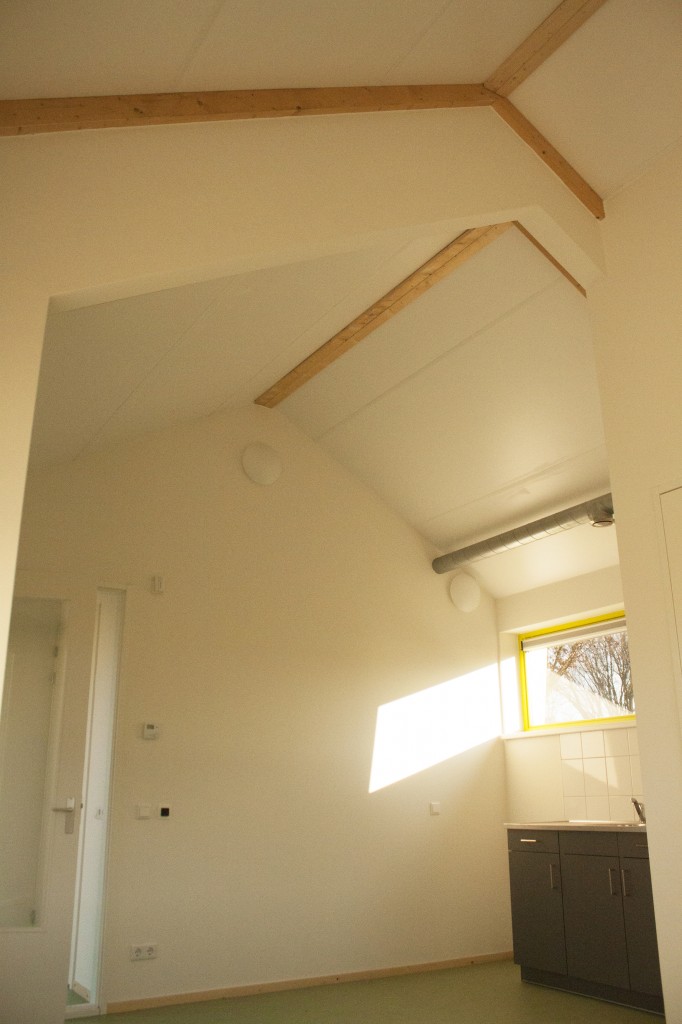 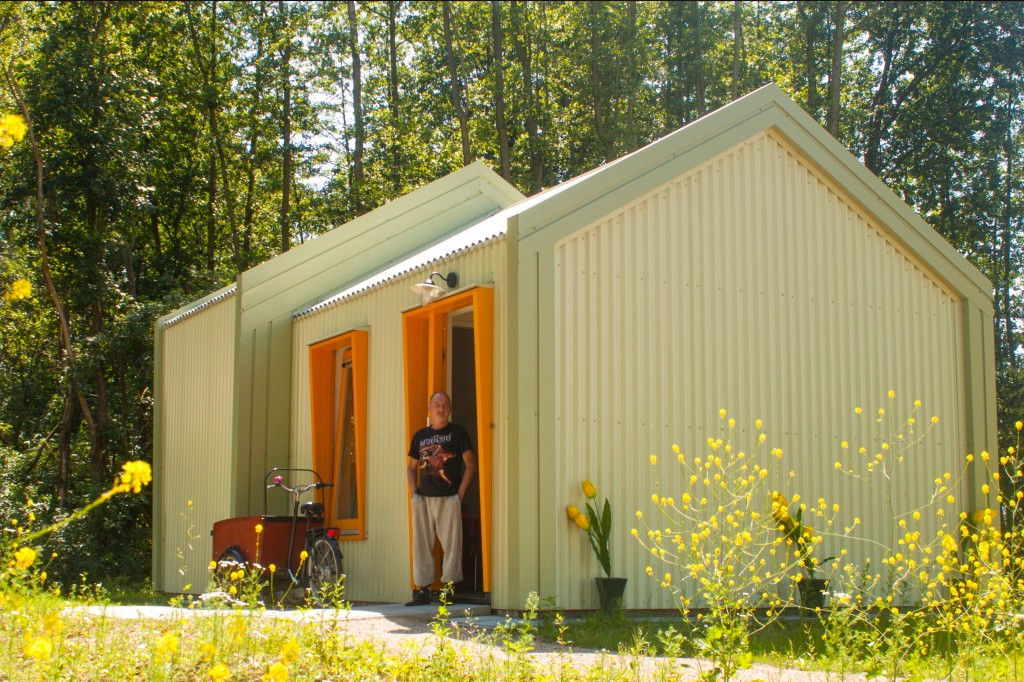 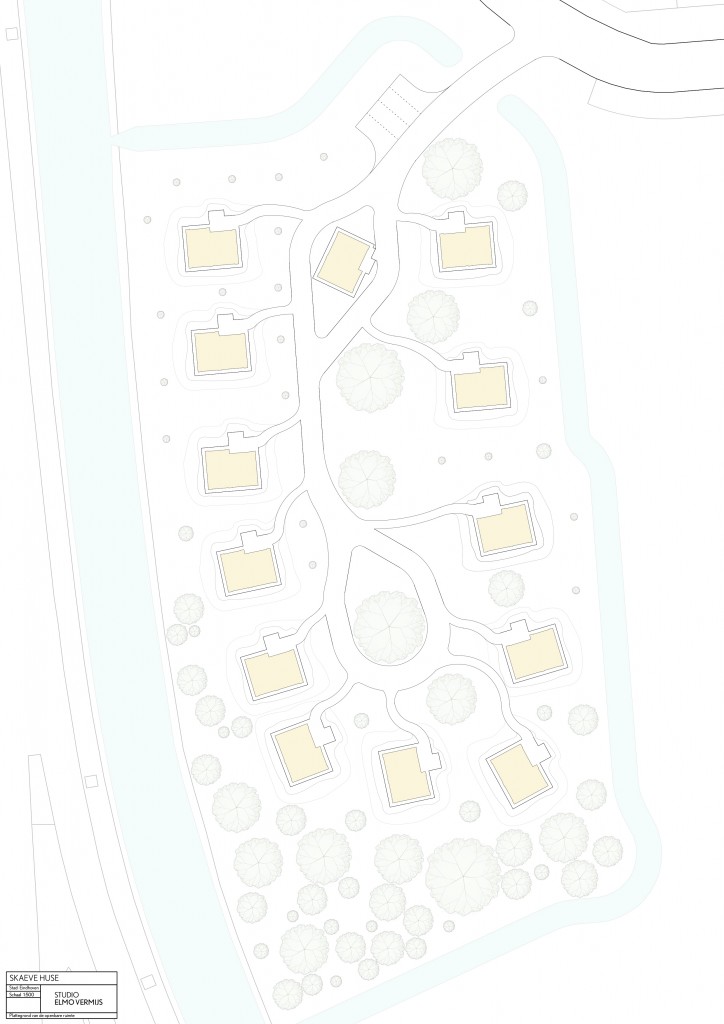 Skaeve Huse are basic homes built at a distance from other houses for people who have difficulties living in residential areas and often cause disturbances or disputes between neighbors. The underlying idea is that if they live under supervision, they can come to themselves and social frictions will disappear from the neighborhood.
In recent years, several Skaeve Huse have been built in the Netherlands, always temporary, mostly in containers. Trudo wanted a permanent and energy-neutral design so that this vulnerable group could benefit from the homes in the long term. Skaeve Huse Eindhoven is the first of its kind designed and built with these principles as starting point.

Studio Elmo Vermijs has designed both the houses and their surrounding public space. The cottages are built on a former piece of forest on the edge of Eindhoven. The trees already standing on this lot are the basis for the layout of the winding paths and the placement of the houses.
In the house design, the "skaeve" (slanted) has been translated in various ways; overhanging outer sides; obliquely projecting window frames; and the archetype of two linked houses. Each house has an entrance hall, living room with kitchen, and bathroom. The interior space is high, which makes the houses feel spacious despite the limited floor surface (33m2). The multiple windows provide a lot of light, and due to their high placement there is enough privacy. The pallet of fresh and cheerful colors creates diversity and gives each cottage a specific character.

Beneath a short movie about Skaeve Huse (in dutch) 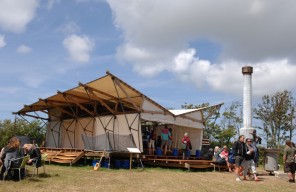 The Harvest and Knowledge Map Terschelling was the starting point ...
Read more 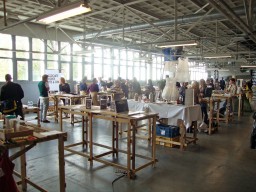