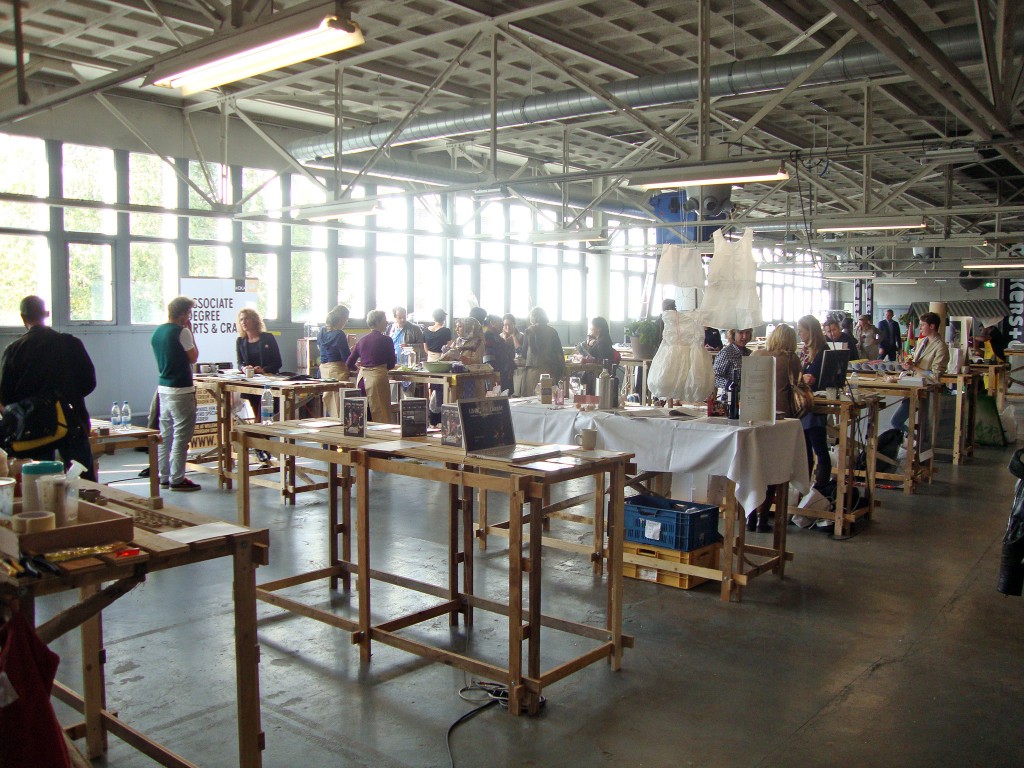 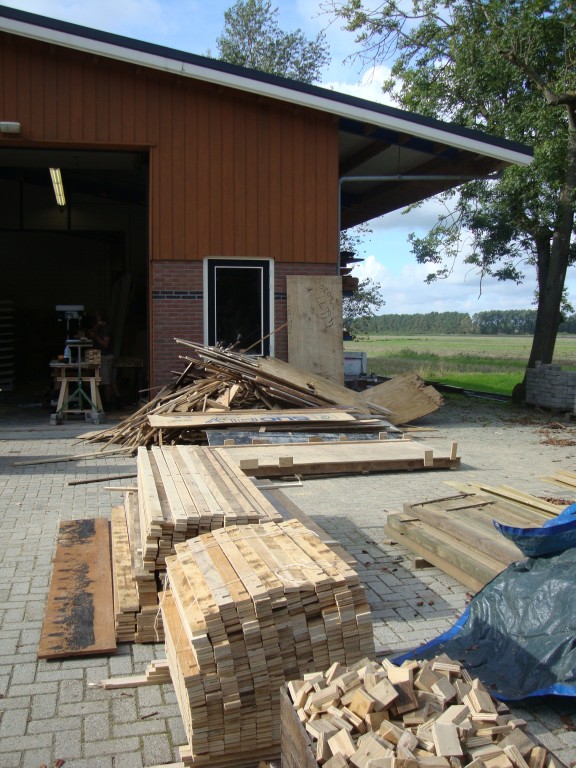 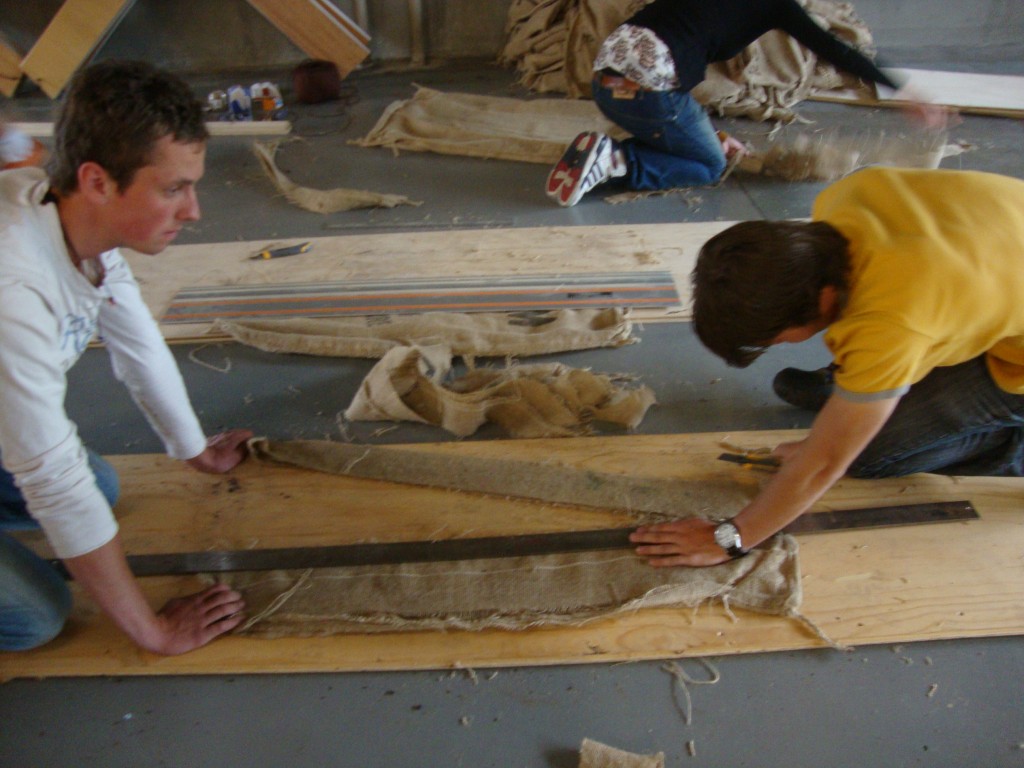 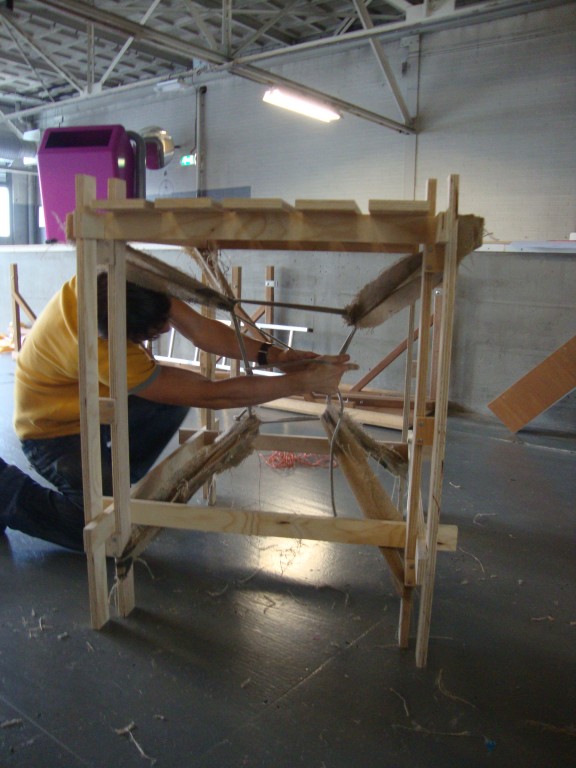 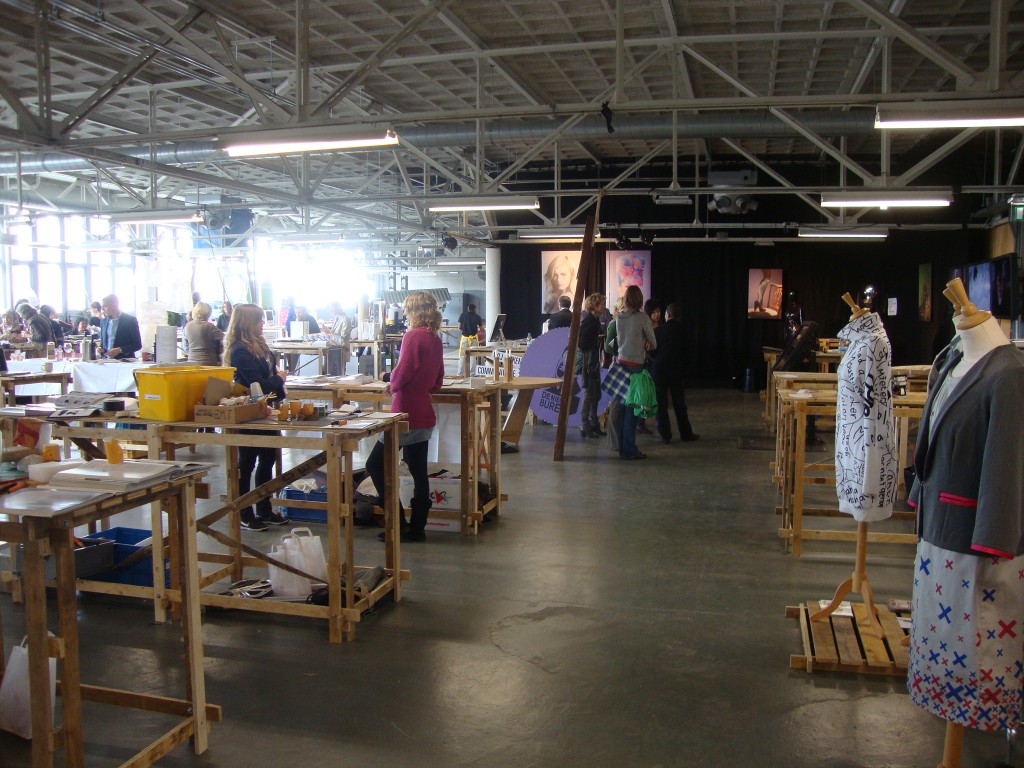 Method
Studio Elmo Vermijs realized in collaboration with Dirk Overduin the spatial design for a series of stands for The Makers Festival.

Organization The Beach initiated The Makers Festival to research and bring attention to the role of crafts in contemporary society. Over 30 craftsmen and women were invited to present their work as products, workshops, or presentations. The Makers festival took place in a former auto garage in Amsterdam West.

Locally sourced materials and knowledge are central in the design of the stands. Studio Elmo Vermijs mapped local waste streams according to the method that was developed by Superuse Studios. The use of local rest materials did not only avoid further exhaustion of natural resources, but also saved energy that was used otherwise for the production and transport of new products.

To unite the diversity of participants on one stage, Studio Elmo Vermijs chose to present the tables in a grid, similar to the organization of tables in early 19th century factory halls. Eventually, 45 tables were assembled of discarded underlayment sheets and old combed cacao bags. The tables can be dismantled, easily stored and used again for future editions of the festival. During the design and production process, a workshop was given to students of a local carpenter school about the possibilities of using waste streams as part of the design and production process.


Media
The design for the makers festival was nominated...
Read more
Related projects 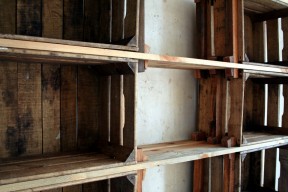 Crate Cupboard#1 stems from the fascination for re-use, mobility a...
Read more 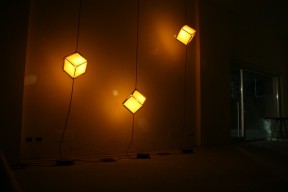 The Cube Lamp was introduced to the public during the exhibition 2...
Read more